Five LGBTQ+ Books That Are Perfect For Vacation

We all want to read novels that will make us feel swept away and allow us to temporarily disconnect from reality when choosing the ideal vacation reads. You won’t be able to put these LGBTQ+ books down since we combed the shelves for the best choices. Any of these captivating books doesn’t have to be saved for your upcoming vacation. You can immerse yourself in one of these queer books whenever you wish.

1. The One Woman by Laura May

The protagonist in one of Laura May’s books, The One Woman, is Julie, a graphic artist. Los Angeles, Barcelona, Tel Aviv, and Kiev are just a few of the cities where the action takes place. Sadly, we know very little about Julie’s life or her connection to Mark. Until she meets Ann, that is. Web developer Ann enjoys surfing a lot.

It is clear that Julie cares for her. The moment their past and present collide in Barcelona, there is a genuine spark. Julie will be forced to decide between her devotion to Mark and her love for Ann when tragedy strikes. Can true love last a distance? Learn more in this sapphic novel written by Laura May writer.

2. All the Things We Don’t Talk About by Amy Feltman

All Morgan Flowers wants to do is disappear. Morgan, who was raised by their neurodivergent father, has always been troubled by the disappearance of their enigmatic mother Zoe, especially at this point when they struggle with first love and their gender identity. Morgan has been well-raised by his father Julian, but he isn’t quite able to fill the void left by the bright and destructive Zoe, who left for Europe on Morgan’s first birthday. And when Brigid, Zoe’s girlfriend, dumps her, she abruptly returns to Morgan and Julian’s lives, ready to upend the flimsy harmony they had so carefully created.

Because they both understand what it’s like to love and lose Zoe—and that she hasn’t changed—Julian and Brigid have become into odd pen buddies and friends. Brigid might be the only person who can save them from falling over the edge since Morgan is quickly dragged into Zoe’s sparkling orbit despite the warning signs and into a sequence of dangerous mistakes.

3. The World Cannot Give by Tara Isabella Burton

The only surviving work by Byronic “prep school prophet” (and St. Dunstan’s alum) Sebastian Webster, who died at the age of nineteen while fighting in the Spanish Civil War, is Laura Stearns’ favorite book, All Before Them. When shy, sensitive Laura Stearns enrolls at St. Dunstan’s Academy in Maine, she dreams that life there will mirror her favorite book. The solitary, Webster-worshiping members of the school’s chapel choir, which is led by the charismatic, neurotic, overachiever Virginia Strauss, are shortly where she finds the intensity she is yearning for. Virginia runs every morning before dawn for kilometers, and she is just as devoted to her newly discovered Christian religion. Nothing less than perfection is acceptable from her or the choir member.

Virginia introduces the smitten Laura to a world of ethereal music and mysterious ritual, illegal cliff jumping, and late-night excursions to crypts—a world that, like Webster’s works, at last seems to Laura to be filled with significance. Laura must choose how far she will allow her loyalty to Virginia go when a new school chaplain questions Virginia’s control over the “family” she has established and Virginia’s attempts to exercise her dominance get more perilous.

4. Perks of Office by Liz Rain

Emma Ives, an Australian electoral officer, had an uninspired life when powerful politician Bridget O’Keefe entered it. After that, Emma’s life changed forever.

The polished woman who is Emma’s new boss—her hot, untouchable, straight boss—instantly inspires a crush in Emma. Unrequited lust at work is a terrible notion, therefore she is aware that she is a fool. She can dream despite this.

All of this is altered by one long night. Emma finds herself unexpectedly Bridget’s go-to person for solace after a political scandal causes a fall from favor. Even though Emma’s body enjoys encircling Bridget’s curves, there are many things for her to process. Is it nothing more than a pointless night of passion? Because ambitious, gorgeous Bridget has no business wanting anything more from Emma. There is?

5. Other Names for Love by Taymour Soomro

Fahad wants to see his mum in London over the summer when he is sixteen. Rafik, the boy’s father, has other ideas and intends to transport the boy to Abad, the family’s feudal estate in upcountry Pakistan. Rafik wants to turn his tender-hearted son into a man by teaching him about authority, responsibility, and family. In the hopes that Ali, a local youngster, will be instructive, he enlists Ali for this effort.

Instead, affection between the two boys develops over the course of one hot, lazy season, and Fahad finds himself drawn in by the wildness of the region and its inhabitants: the locals, who alternately revere and despise his father; Ali, who poses the greatest threat to uncovering everything, along with cousin Mousey, who lives alone with a man he refers to as his manager.

Years later, Fahad is residing abroad when his mother calls to ask him to come home. He will be forced to confront the past by his homecoming. 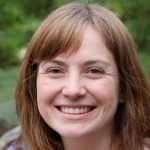