I had dreamed of going to Antarctica for years, and I had heard from fellow travellers that the highlight of their experience was often South Georgia. So earlier this year, I blocked off nearly 3 weeks on my calendar and made the dream a reality last month, travelling to the Falklands and South Georgia en route to Antarctica. We flew into Ushuaia in Argentina, spending a couple of nights there before meeting our ship at the port. It’s important to choose your ship wisely—don’t go for a cheap one, as you truly do get what you pay for. On the higher end, smaller ships will offer more flexibility and enable you to spend more time on land. I would personally recommend travelling on the National Geographic Orion via Lindblad Expeditions—it’s a beautiful ship and a first class experience.

In Ushuaia, don’t miss the centolla (local king crab) at El Viejo Marino – it was so delicious, we went twice for the whole crab experience. You can also order just the crab meat if you’re in a hurry. Also recommended for a high end experience is Kaupe, with views overlooking the city and harbour. For breakfast or a snack with reliable free wifi, check out Tante Sara on the main street in town. If you have at least a full day, I recommend renting a car to check out the beautiful surrounds. Tierra del Fuego National Park was pleasant enough, but much more spectacular was the road east of Ushuaia. We stopped for lunch at La Sirena y El Capitan (cash only) in Puerto Almanza, where the scallops and crab empanadas were some of the best we’ve had. The setting, overlooking the Beagle Channel, with Chile in the distance, is equally spectacular. We drove onwards through the mountains to vistas of Lago Escondido and the enormous Lago Fagnano before heading back to Ushuaia. If you have more time, the shipwreck of the Desdemona, which ran aground in Cabo San Pablo, is worth a visit.

After setting sail from Ushuaia the following afternoon, we had over a day at sea before reaching our first destination, Carcass Island in the Falklands. Known for its population of Magellanic and gentoo penguins, the island features several beautiful yellow sand beaches reaching into light green-blue waters. After sitting on the beach watching the penguins diving in and out of the water, we hiked up to to the island’s highest point for a spectacular view of the surrounding islands and our ship in the distance. From Carcass Island, we sailed to West Point Island, inhabited by a couple who are the island’s caretakers and serve pastries and tea to visitors in their lush garden. The island is also home to several thousand breeding pairs of rockhopper penguins and light-mantled albatrosses. To reach them, we hiked across and the island and through some 2-metre high clumps of tussock grass. We were rewarded by seeing the birds sitting on their eggs, with albatrosses frequently swooping just inches above our heads. 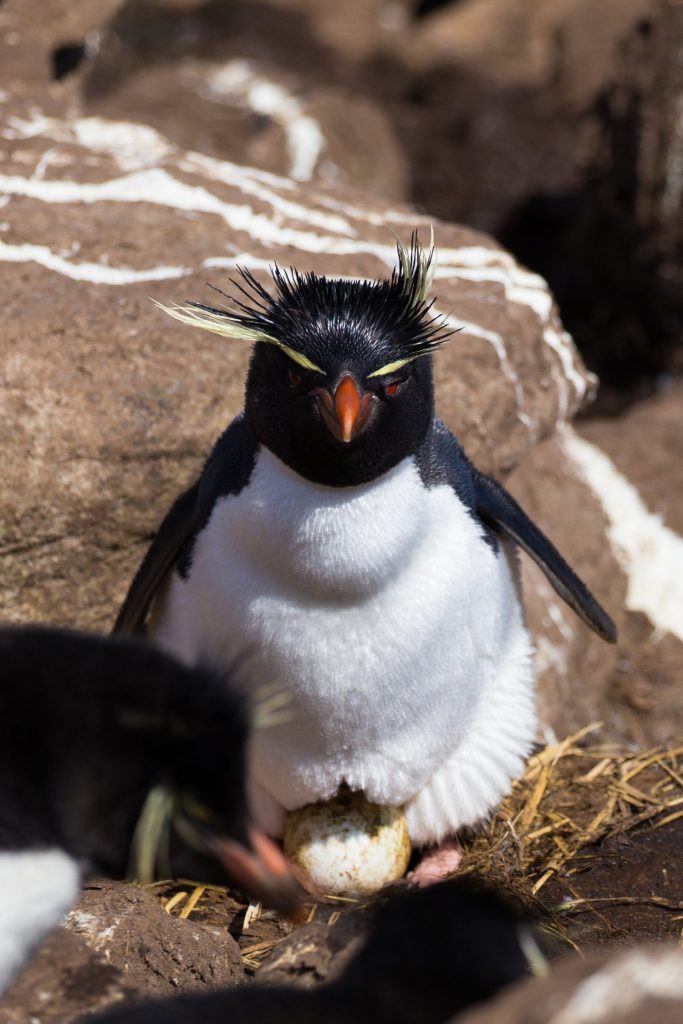 Following two more days at sea (bring your dramamine!), we passed Shag Rocks, a towering, craggy set of formations that is home to thousands of shags (cormorants) before finally reaching South Georgia, perhaps one of the most beautiful places on earth. Our first stop was Salisbury Plain, home to the island’s second largest king penguin colony, with over 500,000 individuals. Baby penguins covered in fluffy brown down mixed together with brightly hued yellow, white and black adults. They approached us curiously but cautiously, making for an unforgettable experience. Fur seals and elephant seals rounded out any available empty space, and the black sand beach made for a memorable backdrop. 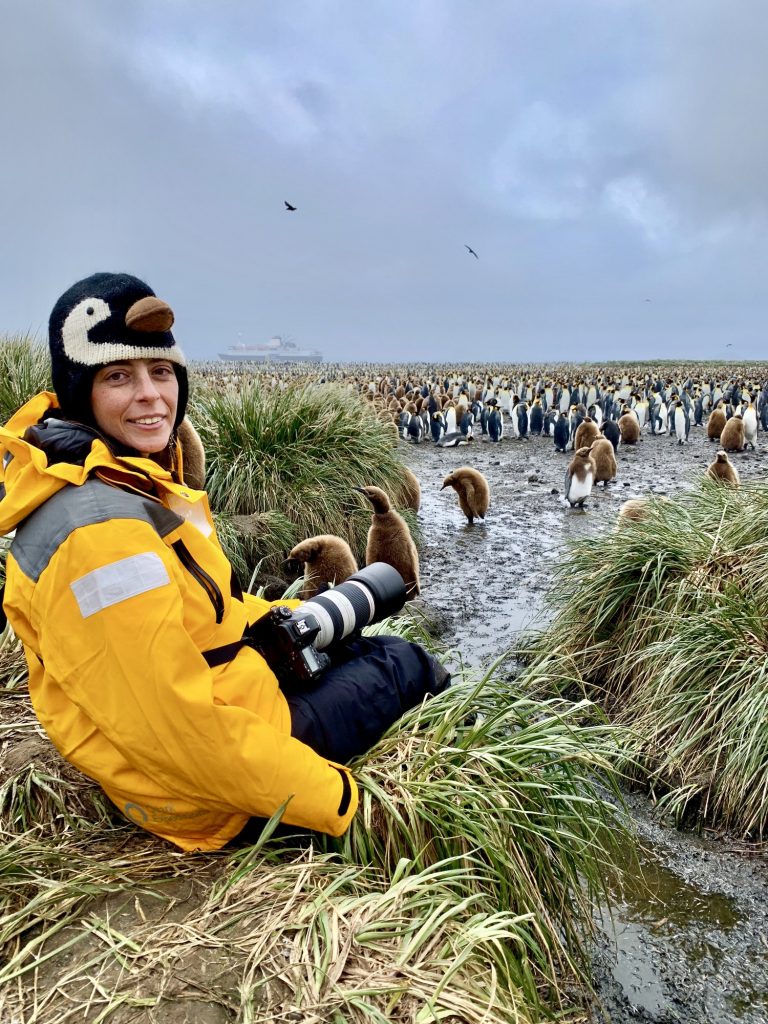 A penguin among penguins in Salisbury Plain

We also visited the main settlement on South Georgia, Grytviken, which was formerly a whaling station. Remnants of the station (and others like it) litter the South Georgia coast, a sombre memorial to humans’ mass slaughtering of wild animals. Four staff members live here during the high season (November-March), manning the post office and gift shop as ships arrive nearly daily with visitors. Ernest Shackleton’s grave is also found here, and we drank a shot of whiskey in his honour. 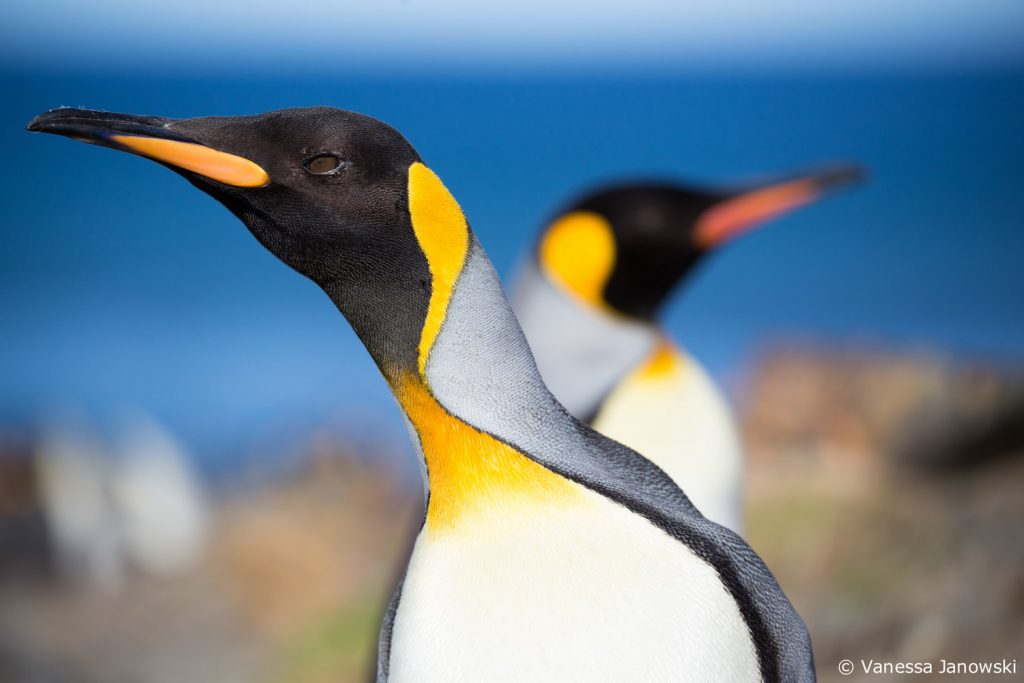 The biggest highlight of South Georgia, however, was St Andrew’s Bay, which we visited on our third day on the island. It is home to the island’s largest king penguin colony, and the view over the raucous, colourful colony is one I will never forget. Penguins in all stages of life—babies, those moulting, and adults—abound against the stunning backdrop of glacier-covered mountains, small ponds and rocky beach. We were also rewarded with a spectacular display of lenticular clouds as we motored away towards the southern stretches of South Georgia. We stopped briefly at Cooper Bay to see macaroni and chinstrap penguins, followed by a cruise of the stunning Drygalski fjord. 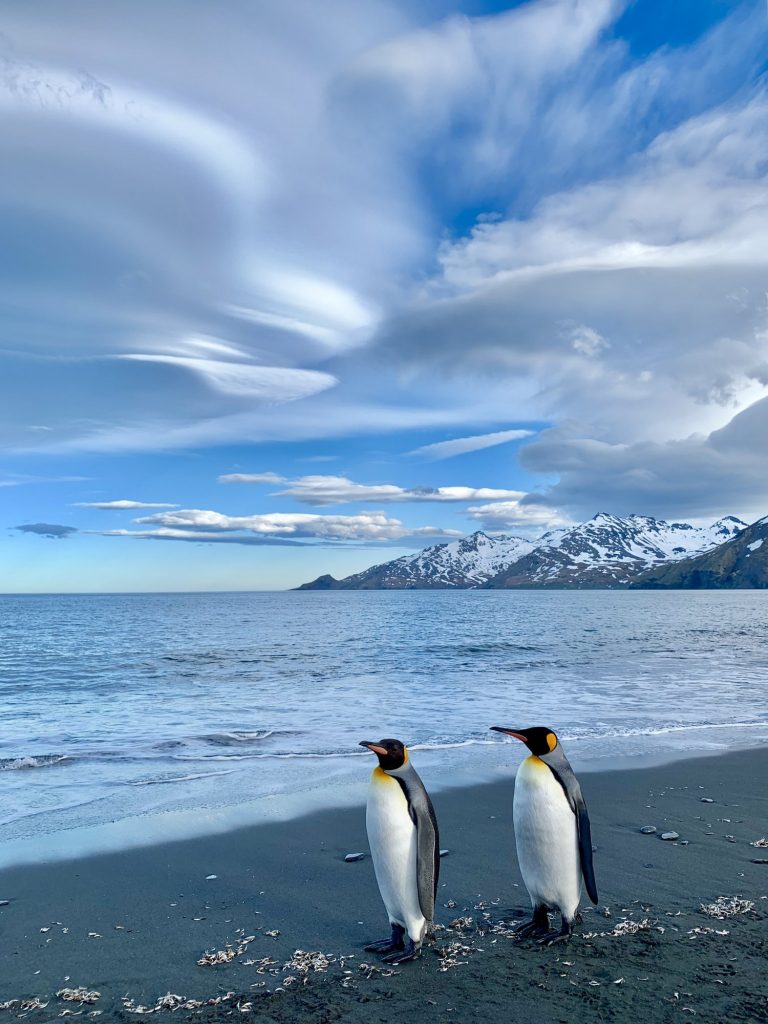 Our first stop in the Antarctic was Laurie Island in the South Orkneys, where a small group of us went mountaineering (complete with ropes and crampons) in fresh powder. We were accompanied by a couple of Argentines from the nearby Orcadas base and learned they live on the base year-round, subsisting on shipments brought in by ship once a year. What do they miss the most? Fresh vegetables! 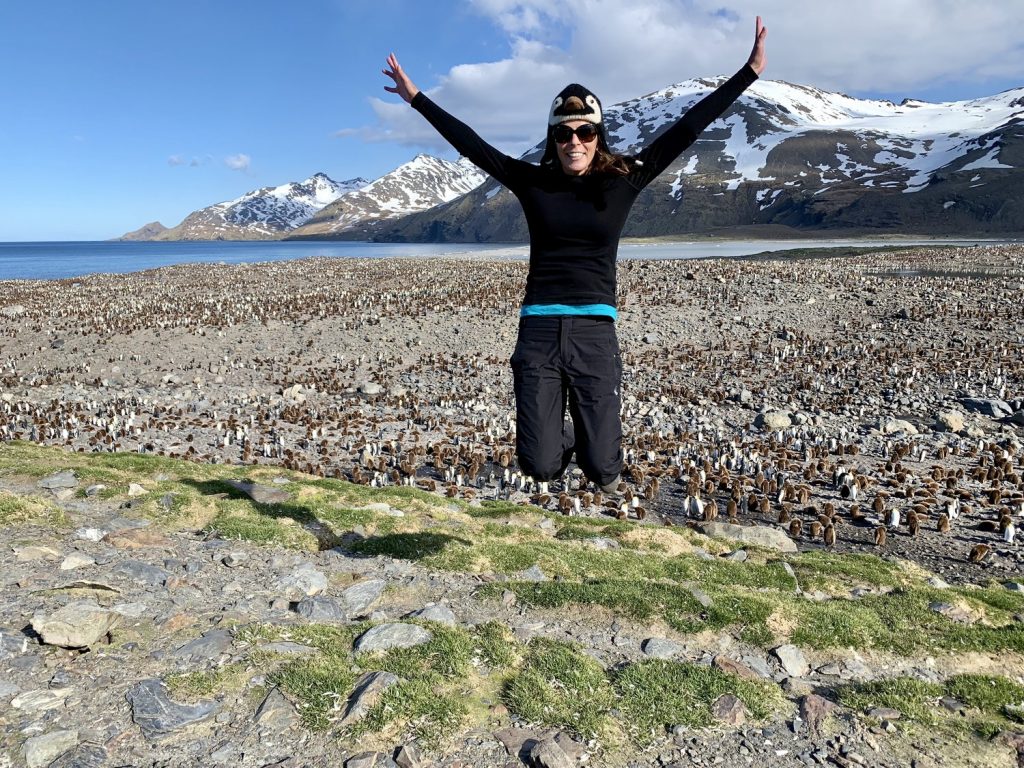 We made landfall on the Antarctic mainland at Brown Bluff, a stunning set of rocks from which the area gets its name and home to a sizeable colony of Adelie penguins. We again went mountaineering, admiring the views of the icebergs dotted with penguins and bay packed with sea ice. Later, we kayaked through the ice, admiring the quiet that was interrupted only by the sounds of calving glaciers. We collected some of the ice to add to our gin & tonics later on the ship. At Mikkelsen Harbour, as snow and hail pelted us, we visited a colony of gentoo penguins, admiring their strength in the face of the elements. Many of them walked to the end of the island and back to gather rocks for their nests, huddling together as they built up the areas that would house their eggs. At Half Moon Island, we were privileged to witness a colony of chinstrap penguins, oblivious to our existence as we skirted around to allow them to freely pass between us. The surrounding icescape was dotted with rocky pillars, a contrast to the white glacier. We truly felt small.

One afternoon, we were offered the opportunity to do a polar plunge—that’s right, we willingly jumped into 1°C water. It was shockingly cold, and we warmed ourselves with shots of vodka and time in the on-board sauna afterwards. The staff prepared a spectacular Antarctic barbecue on the outer deck, and we bid goodbye to the icey, otherworldly panorama of icebergs, glaciers, frolicking penguins and seals, and deep hues of blue and white as we sailed northwards, back to Ushuaia. It truly felt like the end of the world, and the feeling of setting foot where very few others have is an unforgettable one.

Where to eat & drink 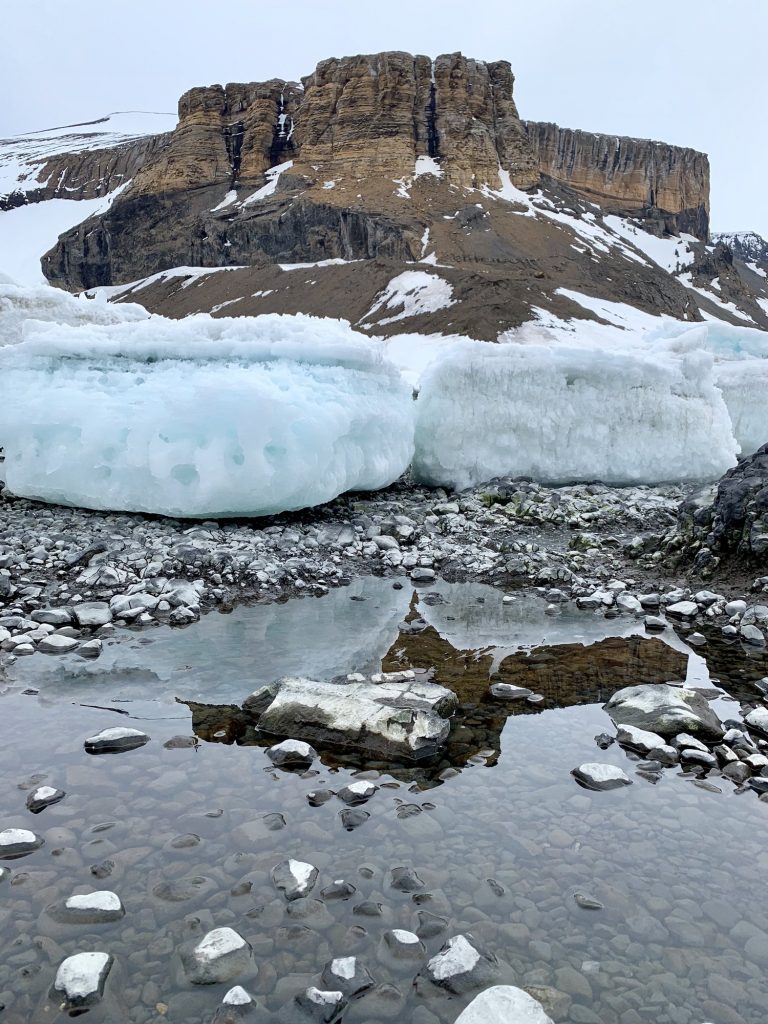 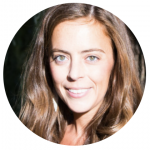 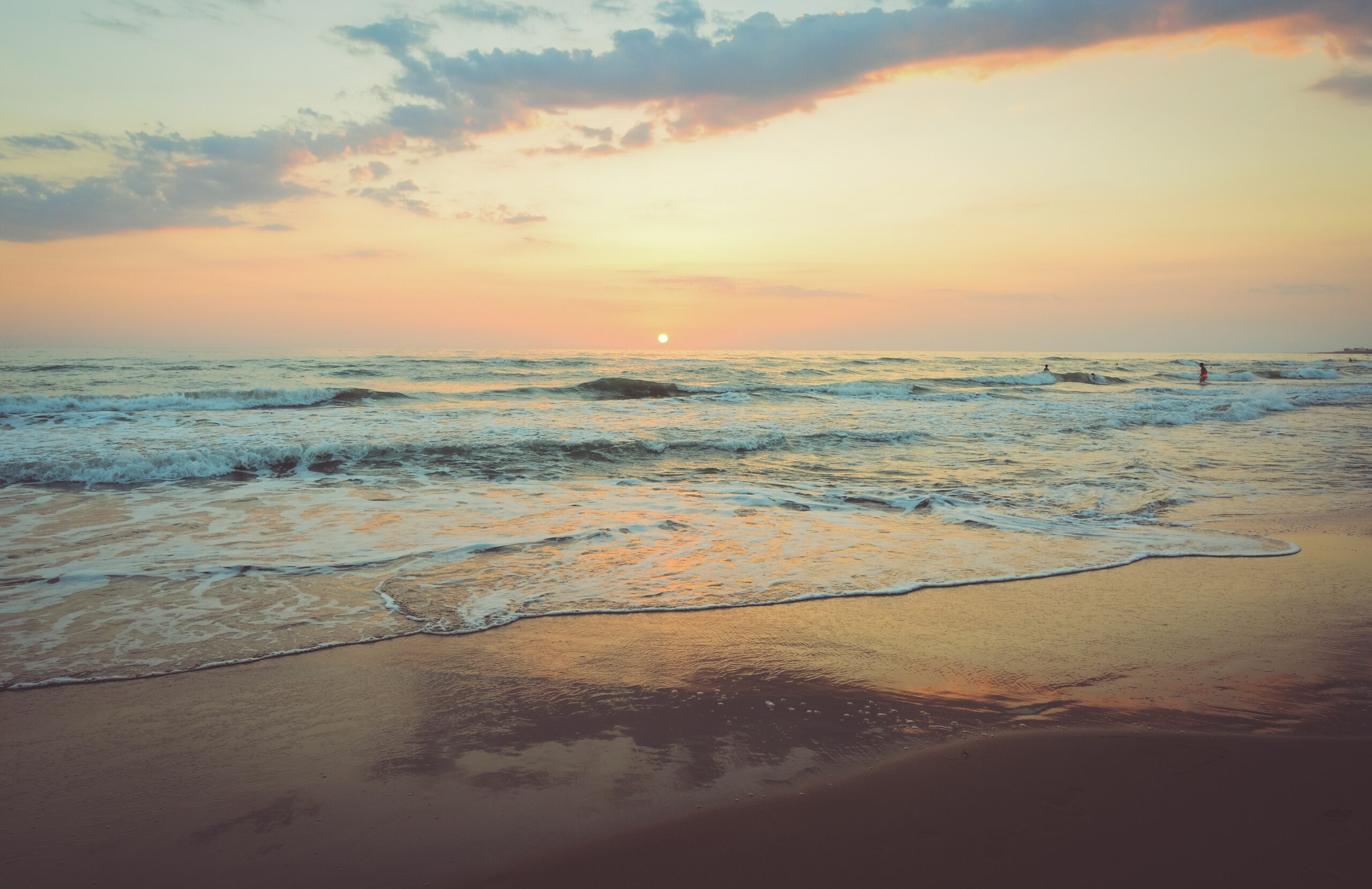 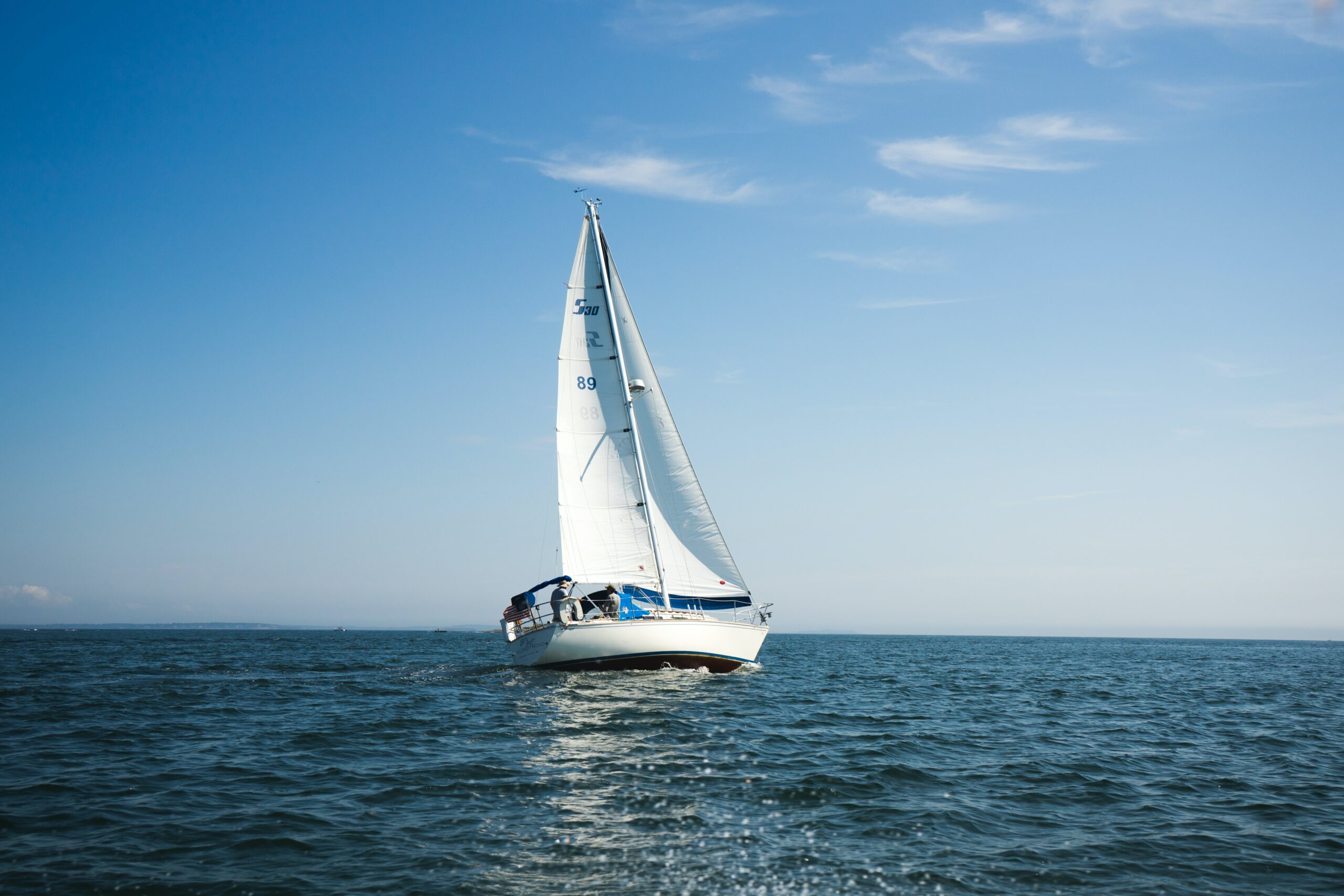 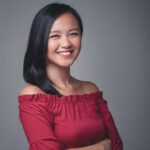 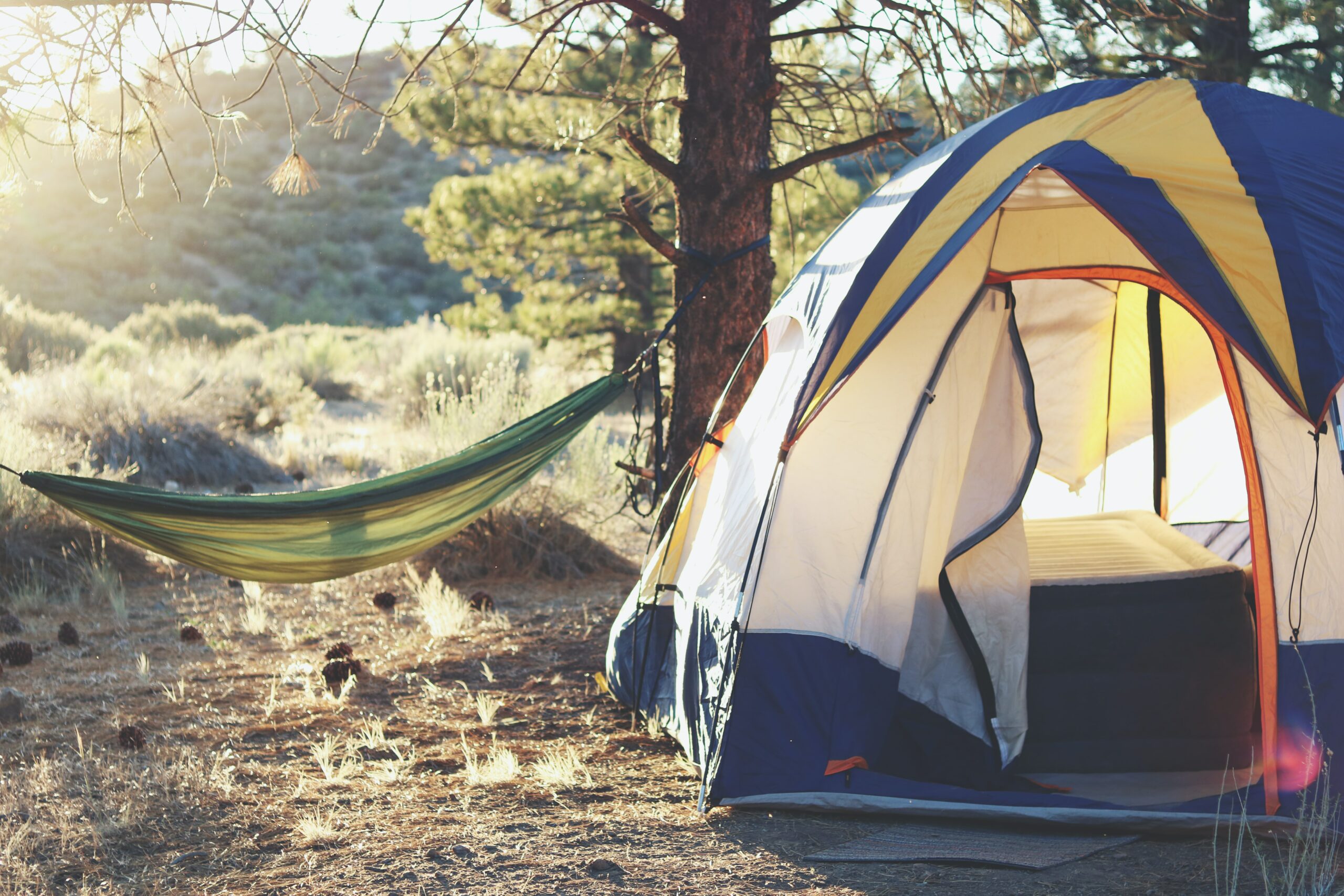 Everything You Need to Get Outdoors Safely During COVID-19 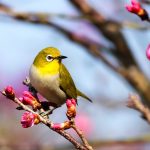